Like many of you, my heart sank a few days ago when I saw an article detailing the killing of a locally loved lion in Zimbabwe named Cecil.  The lion was lured out of an animal sanctuary and shot with a bow and arrow.  He didn’t die immediately, but wandered wounded for 40 hours before finally being shot.  Hearing this story for the first time, I
felt my stomach tighten into knots.  In my mind I could see Cecil’s death laid before my eyes and it angered me.  I went into the shower, my mind spinning with emotion and pain.  My mind kept flashing to the murder of my daughter at Sandy Hook Elementary School and the murder of this beautiful innocent creature.  Emilie in her school, a safe place full of life.  Learning and comparing it to this lion in its animal sanctuary where its safety had been ensured and valued for years.  Their brutal deaths were both for selfish, meaningless reasons that could never be justified.

I just finished reading “The Magician’s Nephew” by C.S. Lewis to my girls.  The book is the prequel to the well known “The Lion, The Witch and The Wardrobe” series.  At the end of the book Aslan, a lion and creator of the world Narnia, appoints two humans from our world to be the King and Queen over all of Narnia and to rule over the animals that live there.  While explaining their duties to the new King and Queen, Aslan says, “You shall rule and name all these creatures, and do justice among them, and protect them from their enemies when enemies arise.”  Later adding, “Can you rule these creatures kindly and fairly, remembering that they are not slaves…”  These words ran through my mind over and over again.  Can we tolerate those who do not treat others kindly and fairly?  Do we rule over the creatures of our world with respect and love?  Emilie’s murder only intensified my feelings of the sacred sanctity of life.  To be killed by the power and cruel domination of another hand should never be celebrated, but mourned. Life matters. All life. 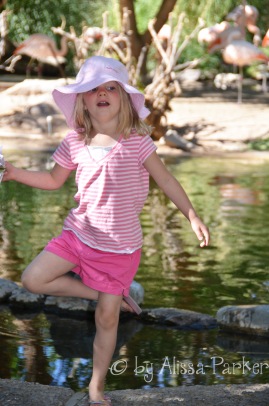 “Evil did not win” Video

All photographs appearing on this site are the property of Alissa Parker. All the photography on this blog is protected by U.S. Copyright Laws, and are not to be manipulated, downloaded or reproduced any way and may not be used in commercial or political materials, advertisements, emails, products, promotions without written permission. Copyright 2015 Alissa Parker All Rights Reserved.