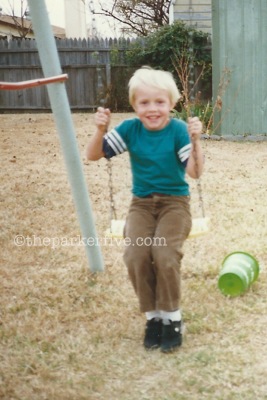 This is not a political post, I do not make political posts.  However, recent events have engulfed me with familiar emotions I’ve carried for thirty years.  The feeling of someone forcing their will upon me, feeling helpless to defend myself in the moment or say anything afterwards.  As a child I was sexually abused by a religious leader and family friend.  This man also sexually assaulted at least three other boys.  When my story was finally heard by others in a position and authority to do something they chose to protect the abuser.  Because they ‘held him in high esteem, accepted his great integrity and considered the potential negative impact it would have on his family.’

I was confused as to why someone that I looked up to, trusted, and cared about could hurt me the way that he did.  My story not being believed further compounded my feelings that somehow I had done something wrong.  For me, justice has never been an option.  My abuser faced minimal repercussions socially, professionally, and legally.  Instead my story is more about healing.

I do not pretend to know what did or did not happen between Dr. Ford and Judge Kavanaugh.  What I do know is that too many people are making absolute judgements about an issue they do not fully understand.  The countless complex issues surrounding sexual abuse requires complex solutions.  How we treat and talk about sexual abuse is not a political debate—but rather a humanistic discussion.

Throughout our entire history every aspect of our culture has failed victims of sexual assault.  That failure does not reside solely on any political, religious, or economic affiliation but within every level of our society.

Anyone that has suffered from abuse of any kind, please know that expressing is healing.  There are more people willing to support you and help you than stand against you.  The power to enact the required changes our culture needs is not the responsibility of government but dwells inside each of us.  My experience taught me that we can become the change we want to see in the world.

“Evil did not win” Video

All photographs appearing on this site are the property of Alissa Parker. All the photography on this blog is protected by U.S. Copyright Laws, and are not to be manipulated, downloaded or reproduced any way and may not be used in commercial or political materials, advertisements, emails, products, promotions without written permission. Copyright 2015 Alissa Parker All Rights Reserved.
%d bloggers like this: